Don't Let the Pigeon Drive the Bus! Book Summary : When a bus driver takes a break in this hilarious Caldecott Honor-winning picture book, he gives the reader just one instruction: "Don't let the pigeon drive the bus!" But, boy, that pigeon tries every trick in the book to get in that driving seat: he whines, wheedles, fibs and flatters. Will you let him drive? Told entirely in speech bubbles, this brilliantly original and funny picture book demands audience participation!

Don't Let the Pigeon Drive the Bus! (Big Book Edition) Book Summary : The Pigeon REALLY wants to drive the bus./DIV Will you let him? DIVFinally, a really big book you can say "no" to!

Don't Let the Pigeon Stay Up Late! Book Summary : Needing to brush his teeth, a bus driver asks the reader to make sure that the pigeon goes to bed on time--but the bird has many excuses about why it should stay awake.

It's a Busload of Pigeon Books!

It's a Busload of Pigeon Books! Book Summary : It's a busload of the Pigeon books! Climb on board for three picture books starring the famous beleaguered bird—Don't Let the Pigeon Drive the Bus!, The Pigeon Finds a Hot Dog!, and Don't Let the Pigeon Stay Up Late!—by New York Times best-selling author/illustrator Mo Willems. Next stop: super fun reading!

The Pigeon Finds a Hot Dog! 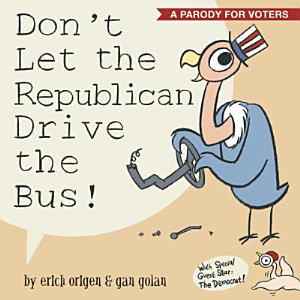 Don't Let the Pigeon Finish This Activity Book! Book Summary : Includes pages of highly interactive activities. This title helps you make a pigeon finger puppet, build a paper bus, make your own driver's licence, and you can even create your own Pigeon book starring.

Don't Let the Pigeon Question the Rules Book Summary : A parody of "Don't let the pigeon drive the bus" by Mo Willems.

The Pigeon Has Feelings, Too!

The Pigeon Has Feelings, Too! Book Summary : Pigeon runs through a series of emotions while attempting to thwart his old nemesis, the bus driver.

The Pigeon Wants a Puppy!

The Pigeon Wants a Puppy! Book Summary : The pigeon really, really wants a puppy, but when a puppy arrives the pigeon changes its mind.

The Pigeon HAS to Go to School!

The Pigeon HAS to Go to School! Book Summary : Mo Willems' Pigeon is BACK in a hilarious story perfect for those about to start school or nursery. "There is no such thing as a bad Mo Willems book" The Times The Pigeon is about to get SCHOOLED. Do YOU think he should go? Why does the Pigeon have to go to school? He already knows everything! Well ... almost everything. And what if he doesn't like it? What if the teacher doesn't like him? I mean, what if he learns TOO MUCH!?!

The Pigeon Loves Things That Go!

The Pigeon Loves Things That Go! Book Summary : Pigeon wishes he could drive a bus, train, and airplane and then a little duckling tells Pigeon about something that "goes" without wheels. 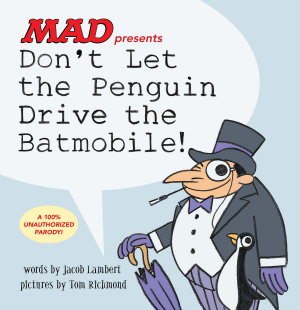 Don't Let the Penguin Drive the Batmobile Book Summary : MAD Magazine knows there are more important vehicles to protect in this 100% unauthorized parody of the classic children's book! While Batman is busy fighting crime on the mean streets of Gotham, it's up to us to keep an eye on the Batmobile. The only problem? The Penguin really, REALLY wants to drive it! Should we let him? In this all-new story, the Usual Gang of Idiots at MAD Magazine parody another classic, best-selling children's book, featuring the heroes and villains from the world of DC Comics' Batman!